On September 2018 billionaire Musk appeared on The Joe Rogan Experience* overnight. About two hours into the podcast, which can be seen on YouTube on PowerfulJRE channel. It took viewers by surprise when he smoked marijuana during a live interview.

Musk’s appearance was followed almost immediately by news that two of Tesla’s top execs are stepping down. What is more interesting to me in this video is how he talks about the role of AI in our society and the likely impact of AI on our world in the coming years. It is a long conversation, but worth watching if you have some time.

“I am not normally an advocate of regulation and oversight—I think one should generally err on the side of minimizing those things—but this is a case where you have a very serious danger to the public" said Musk.

Enough talking. Just watch it above. 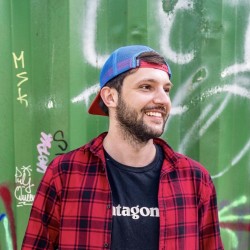